Here we go with another CKEditor Weekly! We took a small break from writing last week, just to bring you a lot of updates and resources in one post. Our past two weeks were mostly about fixing issues in our latest beta releases - CKEditor 4.5 and CKFinder 3. We also managed to organise a "B-day", which was actually pretty far from a birthday party... Read on!

For the last two weeks we were focused on bugs and enhancements for CKEditor 4.5. Around 50% of tickets assigned to this milestone are either already closed or work on them has begun.

We are happy to see that developers are already working with the features that were introduced in CKEditor 4.5 Beta. It's great to see how quick the adoption is and the feedback we get is very valuable, because it allows us to evaluate and polish these features before the final release.

A new article about contributing code and providing patches was added to CKEditor Developer's Guide. It's really amazing that the number of editor patches proposed by the community is constantly increasing and lots of community contributions have already made it to official releases. To make the process easier and more manageable, we now included a few tips in our documentation - make sure you read them before creating your next pull request!

We were also pretty busy with introducing some changes in the CKEditor Add-ons Repository: 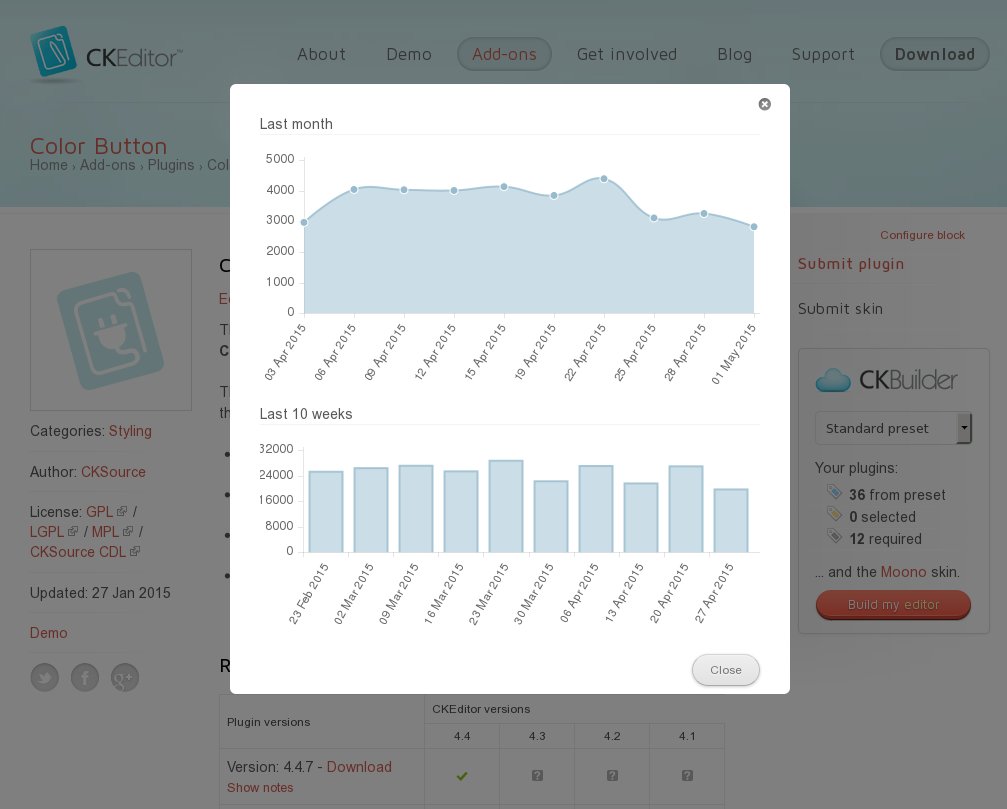 Here is a list of CKFinder 3 related actions from the last two weeks:

Please also notice that soon we will shut down our CKFinder social media outlets and move relevant communication to our CKSource accounts (Twitter, Facebook). Thank you for being a part of CKFinder community and please watch out for the upcoming CKFinder updates on CKSource social media accounts.

7th of May was the "B-day" during which Grzegorz Pabian made a presentation about Bender.js to the rest of our developers.

The presentation covered the following topics:

After that we had a small hackaton, where the developers tried to resolve some of Bender tickets themselves to get more hands-on experience with the project.

That sums up the last two weeks. If you would like to be featured in one of our CKEditor Weeklies, or have an interesting tidbit that relates to CKEditor, leave a comment below or contact us!
Enjoy the rest of the week!