The team is closing the 4.5.3 milestone, which includes minor bug fixes and stability improvements.

The exact release date is yet to be announced as it depends on QA testing. However, 4.5.3 is expected to be released this week, which will be announced on the blog.

We are also excited that Firefox 40.0 fixed the regression that made content editing in widget editables impossible. More information about the bug can be found in #13507.

We are focusing on the upcoming release of CKFinder 3.1. Currently we are working on performance and user experience improvements, especially important for remote storages. Last week we: 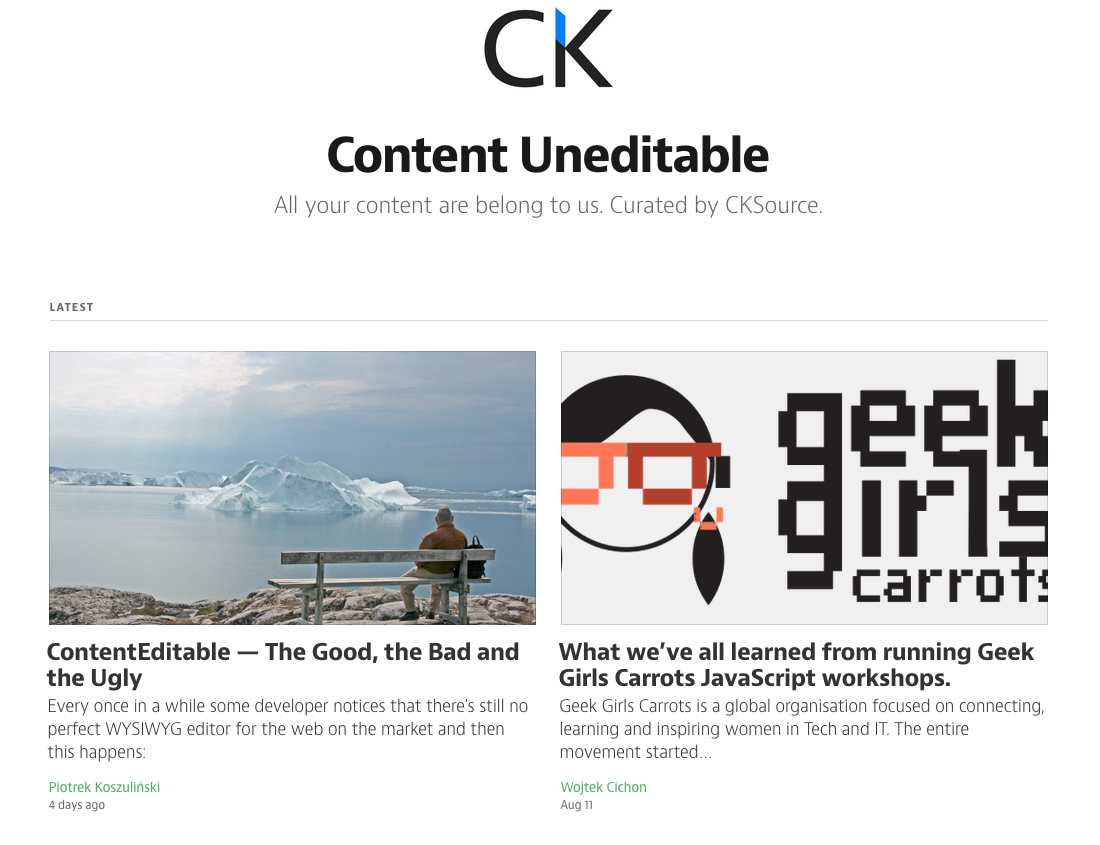