After releasing CKEditor 4.3 Beta last week with the awesome new Widgets feature we follow up with some serious documentation update that should make it easier for all developers to adapt to the new possiblilities that the widgets give you. We have just created a brand new Widget SDK documentation section in our Developer's Guide and added first two widget tutorials.

In the CKEditor 4.3 Beta release post we mentioned a few scenarios where using widgets would be most beneficial. Among these are for example captioned images or quotes, document templates or mathematical formulas. Sky is the limit, however, and you are most welcome to try and use this feature however you see fit!

The Widget SDK section is aimed at developers who want to create their own widgets or want to gain some more advanced knowledge about the inner mechanisms of the Widget System as well as understand the Widget API a little bit better. Stay tuned for some more advanced articles that will be published in the following weeks!

Learning by example is the approach that we can only recommend. To this end we have created the first widget tutorials that will show you how to create a simple template widget. The following resources are available so far:

If you follow the tutorials, you will be able to create a template for a simple box with two editable fields and some pretty cool features, as pictured below! 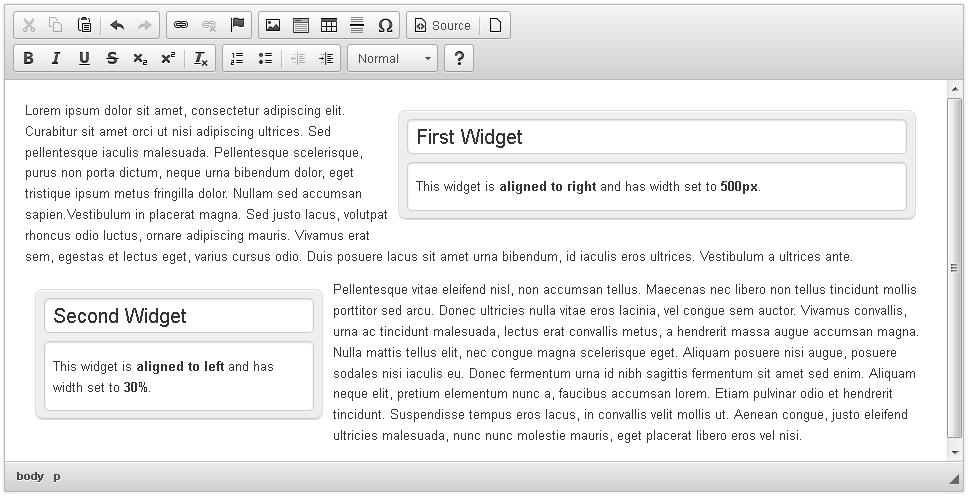