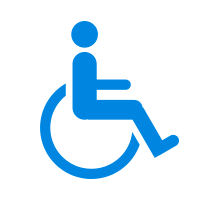 As the creators of a highly popular WYSIWYG rich text editor, CKSource is no stranger to proper web standards. CKEditor is responsible for producing a good part of the HTML content online so it must always generate semantic markup. Web standards are what keep the Internet from chaos and accessibility plays an important role in defining how the web is shaped. CKSource is proud of being fully committed to the cause – a decision that has brought the company unexpected benefits.

Ask the average Internet user what they think of web accessibility, however, and most will say it’s nothing more than a superficial attempt to demonstrate a higher level of professionalism. In other words, it’s something only big companies stand to benefit from.

Small and mid-sized companies usually take the accessibility plunge when forced to comply with government regulations, but there are clear financial benefits why companies should make their websites and products accessible.

Here’s a summary of some benefits.

People with disabilities represent a large segment of the population. It is estimated that around 15.3% of the world population has moderate or severe disabilities.

According to a study published by the UK’s Office for Disability Issues, disabled people represent up to 20 percent of customers for the average UK business. The U.S. Department of Commerce has similar statistics.

People with visual or motor disabilities stand to benefit the most from online services. The visually impaired, alone, represent almost 4 percent of the world population. That’s 280 million potential Internet users that can benefit from accessibility.

So how does all this convey into dollars? Simple. Websites designed around Web Content Accessibility Guidelines (WCAG), ATAG, WAI-ARIA, Section 508, paired with screen readers and other assistive technology, attract disabled users simply because they can be accessed over competitors who do not offer the same services.

We might take web accessibility for granted but for someone with a manual or visual disability, accessibility can be a dealbreaker online. Many websites still neglect this fact, which also makes disabled users some of the most loyal clients your business could ever hope for.

Not only for the disabled 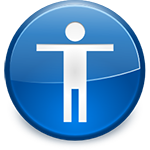 Offering accessible websites doesn’t strictly mean catering to the disabled. It also includes web-savvy senior citizens whose population is growing each year. By 2020, the number of people over 65 will reach nearly 30% in Japan, 20% in Europe, and 16% in the U.S.

It’s nothing to scoff at. Seniors now include the important baby boomer demographic, a population with strong purchasing power and internet knowhow. Depending on your site’s target group, visitors with disabilities might far outweigh people browsing with mobile devices.

With visual impairment being a leading disability among the elderly, something as simple as including high contrast mode or designing a product that can be increased in size without breaking functionality is all it takes to reap the accessibility rewards.

But it doesn’t stop there. Here’s a list of other users who benefit from accessible websites:

An Engineer working in a construction yard, for example, might prefer a light report application with high-contrast mode and good keyboard navigation over one that doesn’t include those features.

Countries around the world are changing laws to improve accessibility, so investing now in accessible websites and products can potentially prevent future fines.

A perfect example of this is UK’s Equality Act 2010 (EQA), more specifically section 11.8 of the Equality Act 2010 Code of Practice aimed at websites that “provide access to services and goods”. The act gives UK citizens the right to sue companies and institutions that fail to offer an adequate standard of accessibility.

Lawsuits have already been filed in the UK, and similar cases have emerged in the United States with alleged violations of the Americans with Disabilities Act (ADA), and in Canada with a judge ruling for the plaintiff in an accessibility suit against the federal government.

Future-proofing your site also means mobile support. As mentioned above, accessibility and mobile necessities overlap in some aspects, so designing accessible websites de facto covers mobile usability, which is exponentially growing in demand.

Large corporations are often required by law to offer accessible products and services due to their close relationship with the public sector. Companies like IBM, for example, have strict accessibility guidelines.

Before penning an agreement with IBM, CKSource was asked to make CKEditor more accessible. We complied, and what started as an expense quickly turned into a lucrative investment.

IBM and CKSource still maintain a close relationship while numerous companies like Oracle, Citibank, Time Warner, Ebay and many others have also benefited from CKEditor’s accessibility since then.

CKEditor is included by default in the Open Source CMS Drupal 8 in no small part for that very same reason. When we asked Mike Gifford, Drupal 8 Core Accessibility Maintainer, just how accessibility helped solidify CKEditor’s inclusion in Drupal 8, he said, “When choosing a WYSIWYG for Drupal 8 we needed to choose one which demonstrated a long term commitment to accessibility.” Being part of the Drupal community only strengthens our editor’s exposure online, something that can only have positive outcomes in the long run.

Lastly, making your website accessible can greatly increase traffic. It's well known that the largest, richest screen reader user is Google. If you care about that user, you should consider making your site semantic for both humans and machines. It will allow Google to properly index your site, which will lead to higher positioning in search results.

Rosemary Musachio of Interactive Accessibility, a firm that specializes in accessibility, best put it when she said, “[t]hink of search engine bots that troll the internet as deaf and blind. They consume content in much the same way as a person with disabilities who uses assistive technology does.”

So there you have it. Increasing revenue isn’t strictly a matter offering bigger and better products, but also a question of giving everyone access. Not all accessibility features require huge investments. Increasing web traffic can be as simple as getting into the habit of properly identifying content, but starting new online projects with the disabled in mind is an investment, not an expense. You won’t regret it. We sure didn’t.

You can read more on the topic of Web Accessibility in our blog posts: