After a longer break, the CKEditor team met again for two days in Warsaw, Poland, to talk about various topics, especially about current and future projects. The meetup concluded with an office party and a karting competition, traditionally won by Piotrek Koszuliński.

The meetup has started from the hottest topic - CKEditor 5 and a presentation made by Frederico Knabben.

As a part of the team is involved into side projects and CKEditor 4.5, it was important for everyone to understand what’s going on in V5. As it is a broad topic that is hard to summarize in a few sentences, feel free to browse CKEditor 5 repositories to read more about what’s happening:

Grzegorz did a presentation of the CKEditor 5 prototype he's currently working on. The prototype covers the data model part that stores the document using a combination of a tree structure and linear/serialized data. The latter one utilizes transactions and operational transformations, that would let us implement some interesting new features and undo/redo handling.

Wiktor Walc presented the current state of CKFinder 3.0 Beta, which is expected next month. The application is now in its stabilization phase and the documentation is under progress (complete in 80%). The most important features that were targeted for 3.x are already done: 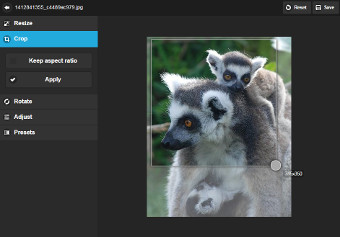 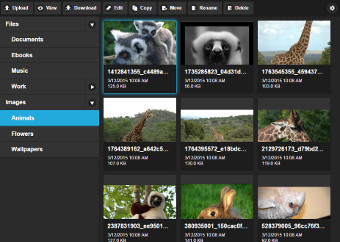 The team decided to consolidate project samples and documentation under the banner of CKSource Samples Framework, a collection of dedicated components for rich documentations. As a result, CKEditor 4.5 will be shipped with a brand–new sample and the Toolbar Configurator tool to make the first steps with the editor easier, especially for the new users. Most of the advanced samples has already been moved to CKEditor Examples, a place dedicated for developers working with CKEditor.

The CKEditor team presented what has been already done and what’s left. Only seeing the list of new features and changes one can understand how big the CKEditor 4.5 will be. Drag and drop and clipboard integrations, files upload with rich APIs, notifications, set of new powerful core methods, nesting widgets, new samples and toolbar configurators, and lots of small improvements.

Robert Mikołajuk showed off working draft for new CLA (Contributor License Agreement) system which we are going to introduce.

The system will be used by CKSource to accept code contributions. All contributions will be accepted through GitHub Pull Requests (PR), exclusively. Basically the PRs will be accepted only if all committers in the PR will have signed the CLA. The whole workflow will work automatically and will use an online e-signature service compatible with EU Directive 1999/93/EC.

We want to ensure that contributors have necessary ownership or grants of rights over the code that allows them to distribute it under the chosen licence. Contributor will assign the copyright in all contributions to the project owner or will grant an irrevocable licence to allow us to use the contribution. We need to be sure that our use of contributors code is lawful.

The CKEditor team started a spontaneous discussion about testing in general. We got a debate about test importance - which one of them, unit or integrational, are most important and when. We answered a question how deep we should go with mocking things in unit ones. That was a very controversial topic, but in the end the team managed to reach consensus.

Last but not least, CKSource Meetup was a nice opportunity for the whole team to meet a new Community Manager - Wojtek Cichoń! Apart from being a social media expert, Wojtek is also a singer and the organizer of one of the biggest performance poetry festival in Central Europe - Spoke’N’Word Festival. Wojtek will join us next month.

After the meetings, the team competed in plenty of tournaments (we are addicted to competitions!): kart racing (won by Piotr Koszulinski), table football (won by Artur Delura and Wiktor Walc), table tennis (won by Robert Mikolajuk for the 3rd time in a row) and Texas Hold’em (won by Jakub Swiderski). After exhausting competitions the team ended up partying till morning next day. In all, the CKSource had a productive and fun time in Warsaw! Check out some of the pics below, and view the rest of the pictures on our Facebook or Google+ pages.