Here is your CKEditor weekly update. Last weeks were all about working on CKEditor Examples as well as closing a few tickets for CKEditor 4.5.4. Also, check this weekly for more news on where we are with CKEditor 5 and CKFinder 3. 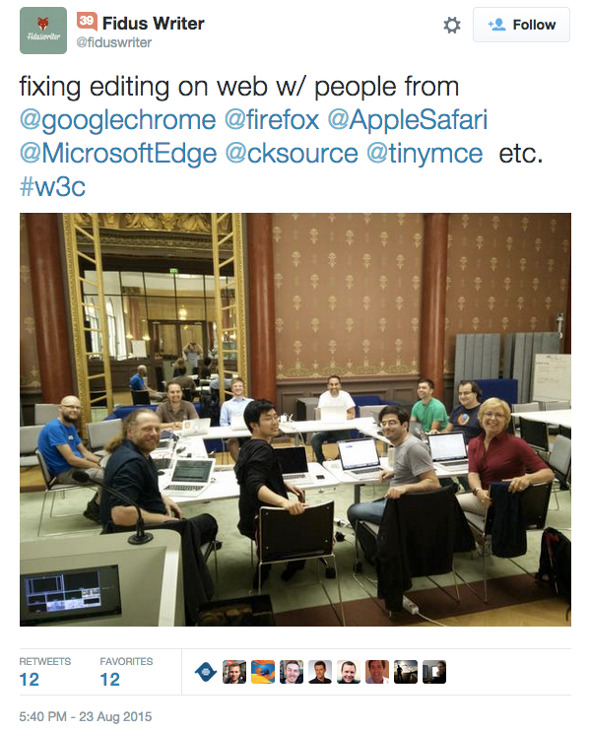 Representatives from all major browser engines were present at this very productive meeting and it paved the way to contentEditable’s spec. We hope to write about it in more details soon.

For the last two weeks, the CKEditor team was working on CKEditor Examples as well as on a few tickets for the CKEditor 4.5.4 milestone.

We continue the work on porting the prototype of the new data model that we’ve created a couple of months ago to the code base of CKEditor 5 (see the WIP branch). The work will certainly take a few more weeks before it can be merged to CKEditor 5 master branch.

Other than that, as agreed a few weeks ago, we decided to start using ES6 classes as they are already available in many new browsers. We’ll also keep using other ES6 features which do not require transpiling to ES5 code. The existing code of CKEditor 5 was aligned with that decision.

Finally, we’re planning an article that will describe all the goals and ideas behind CKEditor 5, including important details of the new data model that we’re working on.

We are still working on the upcoming release of CKFinder 3.1. During the last two weeks we continued to work on accessibility issues.

We were also able to do a pre-release version of the CKFinder 3 bundle for Symfony.