We are working towards the upcoming release of CKEditor 4.5.5. and at the same time we are developing the three most important libraries of CKEditor 5. Find out more!

After releasing CKEditor 4.5.4 we continue our work towards the upcoming releases. Here is what we have done so far:

We continue to work on some bigger tasks:

In addition to that, we have some interesting fixes under review: 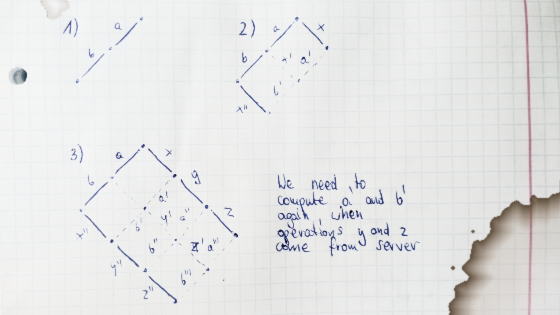 We are now working simultaneously on 3 most important libraries – the core, the data model and the UI.

In the core library we introduced the concept of creators and made a couple of other small fixes and maintenance tasks.

The data model library, which is the most complex but at the same time the most important piece of the puzzle, closes towards the first milestone in which we will define the initial data structure. At the same time we are working on verifying this data structure for the purposes of Operational Transformations, which will ensure that in the future we will not face issues that cannot be solved.

The UI library will consists of the core, the standard library and themes. We started developing the core and prototyping how components will be built in an extensible and replaceable way.

In a couple of weeks we should be able to join all these parts and have the very first "editor".

We are putting the finishing touches on the CKFinder 3.1 release, fixing last issues and furiously testing the end result. We were also able to improve the performance of the Amazon S3 backend with a large number of files.

New version of benderjs-sinon was released. It includes an upgrade of Sinon to the latest version.

That sums up the last two weeks. If you would like to be featured in one of our CKEditor Weeklies, or have an interesting tidbit that relates to CKEditor, leave a comment below or contact us.