Summer holiday season is in full swing, but the CKEditor and CKFinder teams are still working on bug fixes and new ideas for the next releases. We're back with another CKEditor Weekly, read on for more details!

The heatwave struck in Warsaw and elsewhere; the team members tried to run off from it. Still, we are a bunch of tough fellows, and these two weeks have seen many tickets closed... and unfortunately also some new opened.

The 4.5.2 milestone reached nearly 30 bug fixes already done and a dozen tickets still on review. The focus was put on Microsoft Edge issues as it gets more stable and predictable with time as well as on various other annoyances.

Unfortunately, the team discovered a few disappointing browser issues, which gave their toll.

We reported all the discovered issues to browser vendors and we are keeping fingers crossed for their resolution!

Work on CKFinder 3.1 for PHP continues. Among the features worked on during the last two weeks were improvements in file preview and the new keyboard shortcuts dialog. Additionally work on the CKFinder 3 Symfony bundle has started.

Apart from this, the ContextMenu API was updated, Danish translation was expanded (credits go to Kasper Christensen!) and numerous bugs were fixed. Note that a public issue tracker is available for CKFinder 3 - you can use it to submit your bug reports and feature requests! 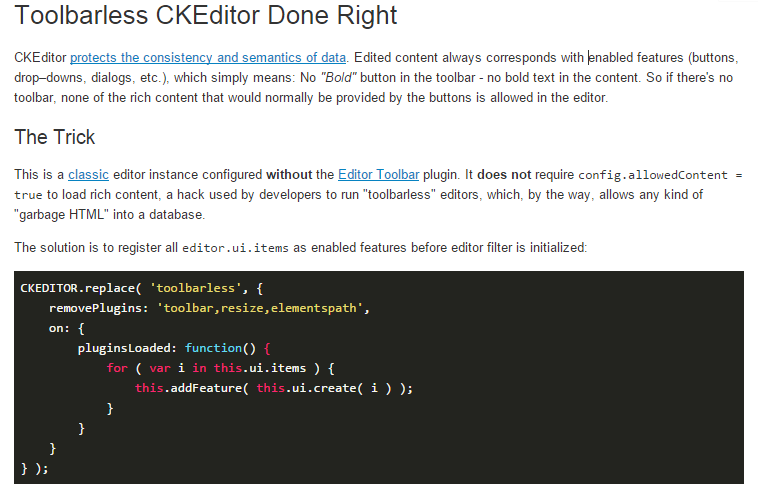 That's it for this week!  If you would like to be featured in one of our CKEditor Weeklies, or have an interesting tidbit that relates to CKEditor, leave a comment below or contact us.