Welcome back in 2016! The holiday season prevented us from posting the regular CKEditor biweekly on time, but worry no more - here we are with the latest CKEditor update. Read on for more!

We released CKEditor 4.5.6 and currently we continue to work on versions 4.5.7 and 4.6 at the same time focusing our attention on CKEditor 5.

Here are some of the things that we were working on for the upcoming minor CKEditor release:

At the same time, we are working hard on the new Paste from Word implementation. It looks like we have the most common cases covered and now we are focusing on details. We are also reviewing both functional and internal implementation aspects of this solution.

We have been working on architecture documentation regarding the data model and the UI library. We plan to publish two articles on GitHub regarding these significant topics as soon as possible. 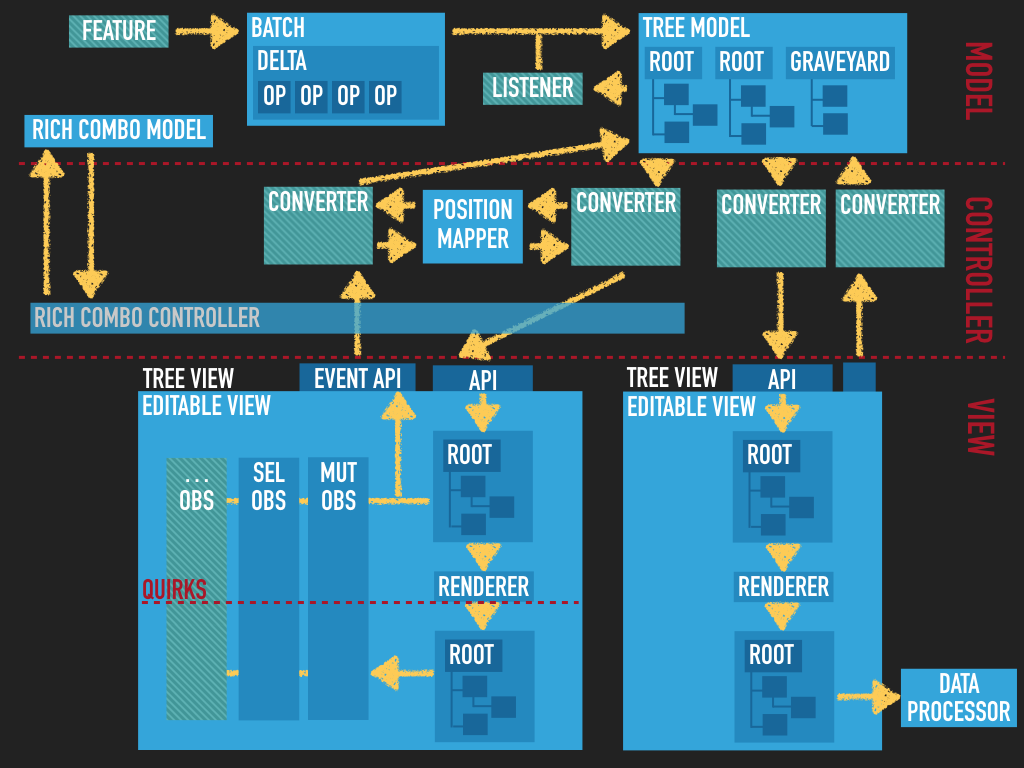 We were able to close a big part of a major refactoring task, which is porting the code to ES6 modules. That required significant architectural changes, but allowed us to clean up the code. The work will be continued though, because during the course of action we understood that we must introduce ES6 modules also in the tests (so far we have used them in the code). Additionally, we need to check the distribution scenarios to make sure that the library will be usable in all environments.

In the meantime, we continue to work on the rendering pipeline for the data model. This is the last huge task required to build a real editor. However, it is really big and really tricky, so it is hard to estimate how much time will be needed to close this topic.

Other than that, we are working on a couple of other small tasks including bug fixes, tests and code refactoring, as well as some improvements to the already existing code.

In December 2015 we have pushed two important releases: CKFinder 3.2 for PHP and CKFinder 2.6 with Security Patches and a Bootstrap Skin.

We are currently working on the following tasks:

At the same time, we are making great progress with CKFinder 3 for ASP.NET and hope to release it on schedule.

Our company Christmas meetup gave us a truly festive spirit with CKEditor 5 presentations and talks in the background.

We welcome Krzysztof Krztoń to the CKEditor team! Our new colleague holds a Bachelor's degree in Computer Science from the Polish-Japanese Academy of Information Technology and uses Javascript as his language of choice.

This sums up the last month. We wish you all the best in the upcoming 2016!

If you would like to be featured in one of our CKEditor Weeklies, or have an interesting tidbit that relates to CKEditor, leave a comment below or contact us.