We are happy to announce the release of CKEditor 4.7.1. This is the first minor release that follows the introduction of the new table selection system of CKEditor 4.7, so its focus is mainly on polishing this new feature. In addition to that, a new localization (Mexican Spanish) was added. Read on for more information!

With the release of CKEditor 4.7 the new custom table selection system was finally put to a test in some real-life scenarios and a few bugs emerged from this. The team fixed those immediately, and also managed to solve a few more edge cases where errors were thrown on various user actions with no selection placed in the editor.

Thanks to the work of David Alexandro Rodriguez, Mexican Spanish becomes the 70th localization available for CKEditor. We'd like to whole-heartedly thank David for his incredible effort, it is amazing to see the editor localized so quickly and efficiently after David joined the translation community! 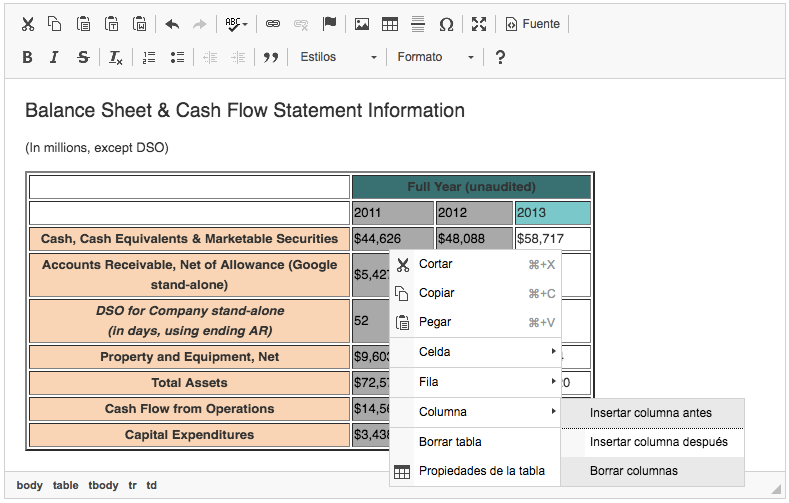 If you would like to help provide the 71st official localization for CKEditor (or update any of the existing ones), do not hesitate to join us at the CKEditor UI Translation Center at Transifex!

In addition to that, this editor release also gets rid of a nasty workaround for a Chrome bug that allowed you to type in an unfocused inline editor (it was finally fixed in Chrome 58). CKEditor 4.7.1 also brings improvements to the pasting mechanism — Paste from Word now works correctly in Internet Explorer Quirks Mode, and the paste filter no longer incorrectly transforms the margin CSS property. Last but not least, the keyboard shortcut for Paste as Plain Text was added to the Accessibility Instructions dialog.

Check out the release notes for the full list of changes.

Download CKEditor now and upgrade your installation or use your favorite package manager to install it!

Please report any issues in the CKEditor 4 development repository and follow the instructions in the issue template. You can also contribute code and provide editor patches through pull requests.